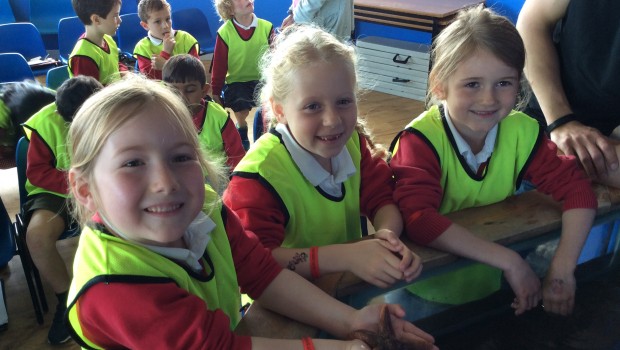 On Monday 23rd May Year Two went on a terrific trip to the Blue Reef Aquarium. We travelled there by coach and the journey took thirty minutes. Once we arrived we saw lots of cool creatures such as seahorses, piranhas, anemones and even monkeys! 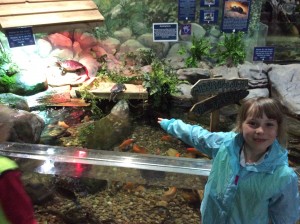 Next we had a rock pool workshop where we got to hold a starfish and a sea urchin which can also be called a sea hedgehog because they are prickly. 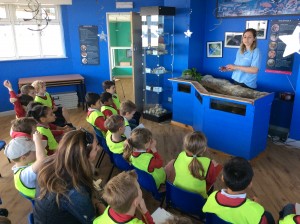 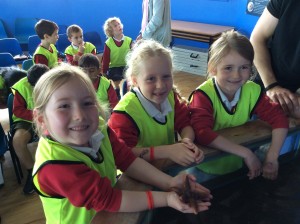 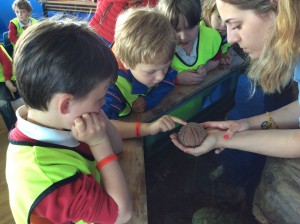 After that it was time to watch the beautiful seal show. Marvolow and Sophus were the names of the seals and they had a race which Marvolow won. Some people went right to the front because they didn’t mind getting a bit wet! 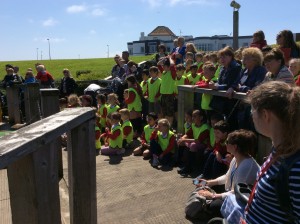 Finally we went to the shark workshop and we got to feel real teeth, skin and eggs from a shark. We all had fin-tastic day and it was o-fish-ially amazing! 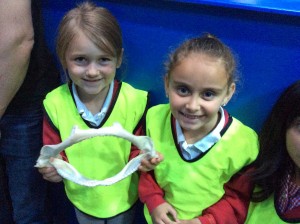 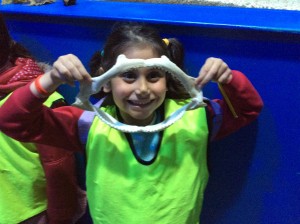 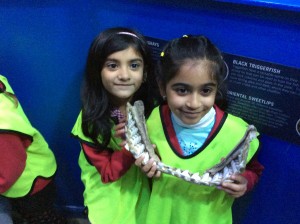 ‘I loved it all but especially the shark workshop’ – Lanie.

‘I learnt that sharks have five sets of teeth’ – Aggie.