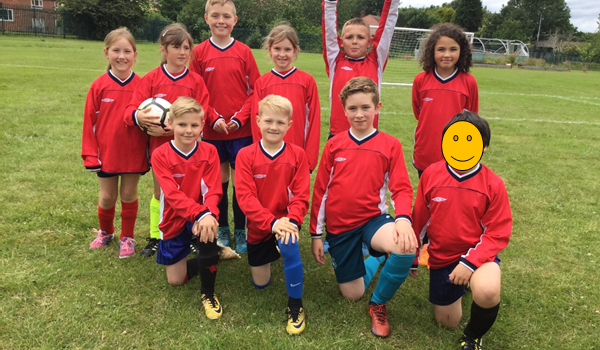 On Wednesday 20th June, Year 4 footballers put on their kits and shin pads and walked to Regent Farm for the annual Gosforth Cup Tournament. South Gosforth were the current cup holders that everyone hoped to challenge this year.

Year 4 had a great afternoon even though it was rather cold.  The children were fabulous and showed great sportsmanship throughout each game.  They played six games altogether. Three games were lost by just one goal, two were a draw and one game was won 2-1.

Archibald didn’t win the cup this year, but we had fun trying.  Mrs Watson and Mr Holman were very impressed with ALL the children. Well done to all involved and a special thanks to Mr Stevens at Regent Farm for organising such a fantastic tournament.