On the afternoon of Monday 10th July, Year 4 were eagerly preparing for their production. There was lots of energy as we drew on our war paint and collected our hammers and swords. As we made our way into the hall we all felt a little nervous but put it all behind us as the music began.

Troy Story tells the tale of Paris, a handsome prince of Troy, who is promised a beautiful lady by the goddess Aphrodite. Helen, the wife of Menelaus is whisked off to Troy and the Spartans launch their thousand ships to get her back.

The children sang beautifully and narrated and acted through all the action. The dancers were fantastic and we had a record number of solo parts in the songs. The Year 4 Team couldn’t believe how much drama the children added to their parts.

The finale saw the carpenters build the Trojan horse (affectionately nicknamed Kevin) and the Spartans defeat the Trojan army. There were a lot of dramatic stage deaths that ended with our final song singing, ‘We hope you loved it!’ Yes, we did love it Year 4, thank you for a brilliant end of year production. Everyone has been blown away by the enthusiasm and talent shown by Class 9 and 10, we just wish you could do it all again!

A huge thank you to all the parents who helped with costumes and learning lines and the support you gave to the children during the performances. Thank you to staff and well done Year 4, ‘We got the job done!’. 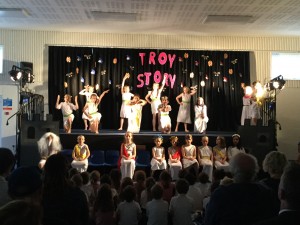 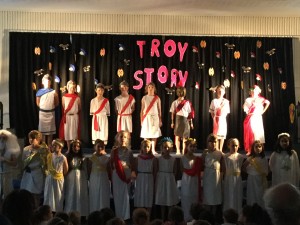 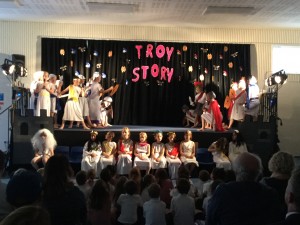 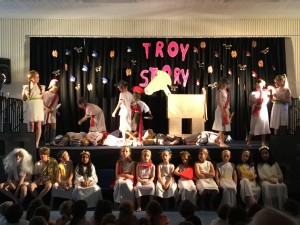 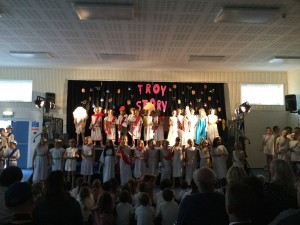 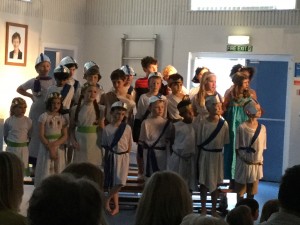 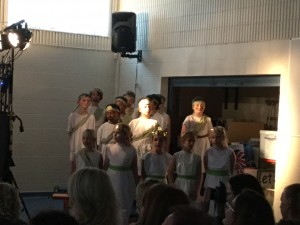 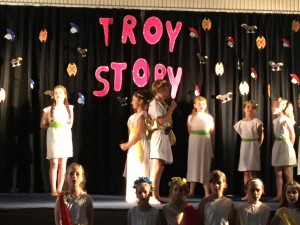 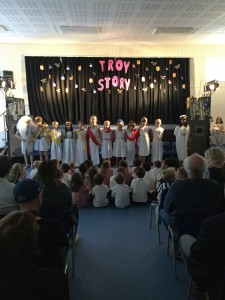