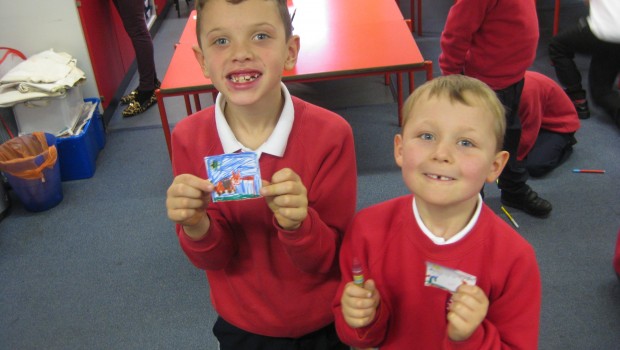 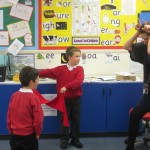 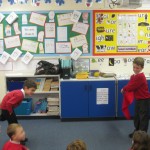 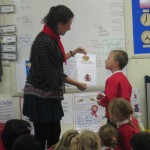 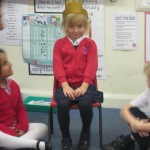 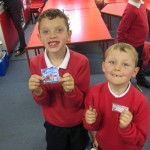 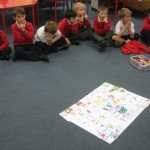 On Friday 7th November the Big Foot drama company came in and created a tailor made workshop with Year 2.  ( Many thanks to the PTFA for paying for this day).  The children used drama, drawing and language to learn more about their topic Spain.

This is what the children said about the workshop.

We had a Spanish tea party.

The best bit was when the Queen gave us a thumbs up so we got extra money in the castle!-Dominic

We drew parts of the spanish castle.

We had a queen called queen tarlarini.

I did some flemenco dancing with Rebecca y and Amy.-Beth

At the Spanish tea party we lernt a lot about Spain.

The capitl city in Spain is called Madrid other big city`s in Spain are Barcolona and velencia.-George B

I liked it when we were drawing the little picters and stuck them on a big peace of paper. Joseph L

We orgernised the party ourselves for the queen.- Rebecca Y

We had  a  Spanish  tea party!

It was good because  I red  a pikch er. -Jamie

We are learning  about Spain. My favourite part was  when we got  mor money-Taylor

We had a Spanish tea party. The best bit was when the queen gave me extra money.-Matthew