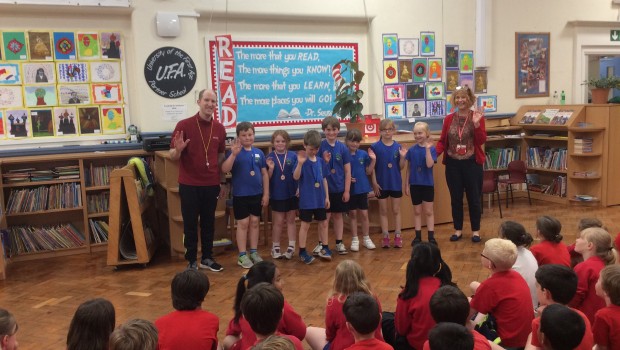 On Tuesday 5th July, class 7 and 8 of Archibald, Brunton first school, Grange park ,Regent farm and Dinington competed in a Skittle Ball tournament  for Gosforth Gets Going. The tournament took part for the whole morning and half way through everyone had a brake of juice and a biscuit. After the brake we all found out who got into the quarter-final and luckily Archibald got six or seven teams into the quarter-final. The teams that did not get through to the quarter-final played in a secondly round. Skittle Ball was new to everyone but after the practice rounds and the friendly’s matches they were all ready to play the real tournament. When the quarter and the semi finals had been played everyone went to watch the final. The two teams playing were Archibald B and Grange park. It was a very tough match and both teams had one skittle left but grange just managed to knock down Archibald’s last skittle. Then when the final had finished we all went back in for the prize giving and Grange was represented with there medals and everyone got a certificate to take home. 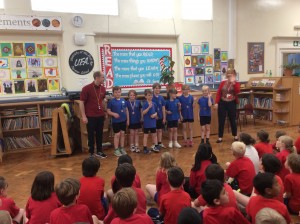